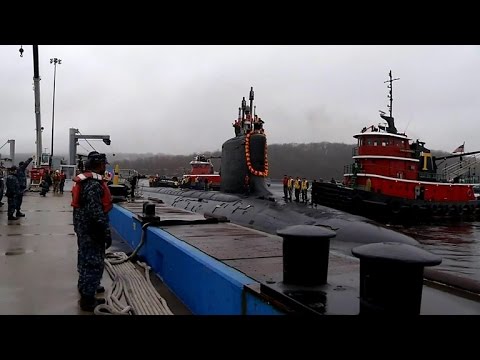 The United States is deploying a new generation of submarines, the Virginia class, which can launch tomahawk cruise missiles and deploy a team of Navy SEALs from beneath the surface. Only on “CBS This Morning,” Don Dahler takes you inside one of America’s most lethal defense systems at sea.

Get the latest news and best in original reporting from CBS News delivered to your inbox. Subscribe to newsletters HERE:

Get your news on the go! Download CBS News mobile apps HERE:

Get new episodes of shows you love across devices the next day, stream local news live, and watch full seasons of CBS fan favorites anytime, anywhere with CBS All Access. Try it free!

—
Delivered by Charlie Rose, Norah O’Donnell and Gayle King, “CBS This Morning” offers a thoughtful, substantive and insightful source of news and information to a daily audience of 3 million viewers. The Emmy Award-winning broadcast presents a mix of daily news, coverage of developing stories of national and global significance, and interviews with leading figures in politics, business and entertainment. Check local listings for “CBS This Morning” broadcast times.